He Hears Her Voice

“Teach us to pray,” was the humble request of Jesus’ disciples over two thousand years ago and remains the heart cry of many of His followers today

Declaring the promises of God through prayer can lead to untold blessings and opportunities. He Hears Her Voice is a prayer strategy that offers proven steps to guide you to a richer and deeper relationship with God. One prayer comprised of ten unshakable truths (grace, love, compassion, repentance, worship, commitment, dependence, influence, discipleship, and authority) will empower your prayer life. Through vivid personal stories, meditative Scripture, beautiful hymns, and meaningful prayers, this devotional provides a grounding worship experience. He Hears Her Voice will equip a generation of women to live out their faith in ever growing intimacy with the God who loves them so completely. 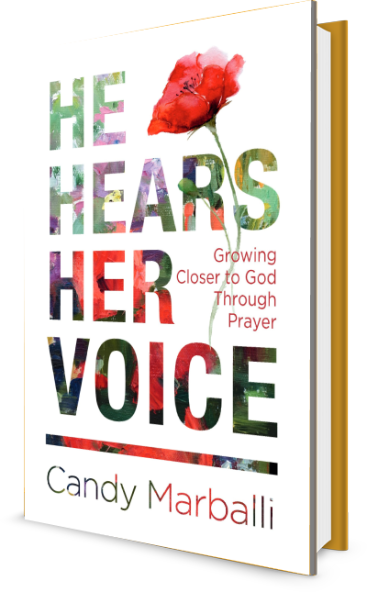 What Will You Get From This Book?

Inspiring stories of faith from women around the world.

A simple Scripture-based, Christ-centered simple prayer strategy that will transform your prayer life.

A restorative worship experience through Psalms, hymns and spiritual songs.

100% of the royalties from this book will go to serve millions of children on the African continent. 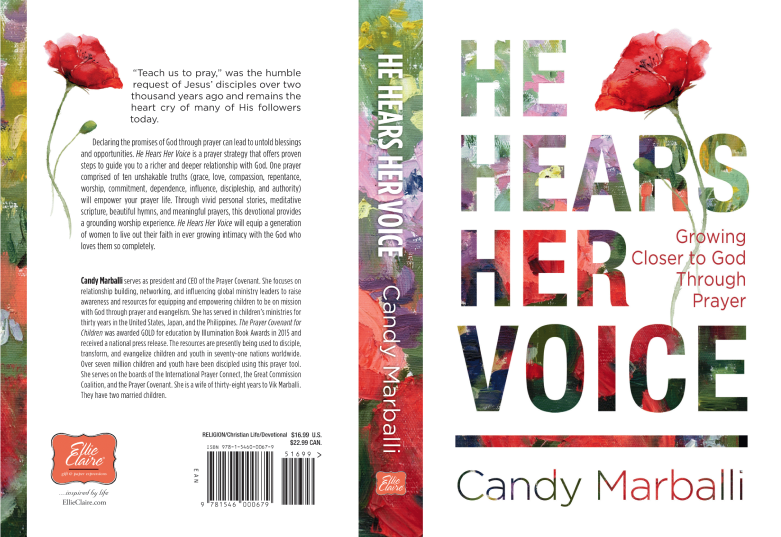 Watch Candy Explaining Why She Wrote Her New Book

After repeated requests for a women’s version of The Prayer Covenant, Candy heard God say, “It’s time.” She immediately began working with several women from Saddleback and Love Counts Now in India to dream and design the flow of the book. Her prayer is that it will equip, enrich and inspire women around the world to experience prayer as a great adventure with the living God. 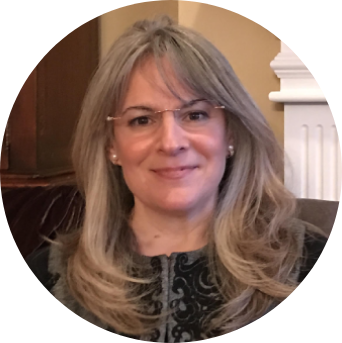 Since 2018, Candy Marballi serves as President & CEO of The Prayer Covenant whose mission is making disciples among the children and youth of the nations. She focuses on relationship building, networking, and influencing global ministry leaders to raise awareness and resources for equipping and empowering children to be on mission with God through prayer and evangelism. She has served in children’s ministries for over 30 years in the United States, Japan and the Philippines. Her newest book, He Hears Her Voice, (The Prayer Covenant for Women), will be released by Hachette in the Spring of 2022. She serves on the International Prayer Council, the Global Leadership Group of the 3rd B, Finishing the Task, and on the boards of The Great Commission Coalition, Go Movement, and the Prayer Covenant.

She authored, The Power of the Prayer Covenant for Children, which was launched at the 4/14 Best Practices Conference at Promise Ministries, NYC, in October 2014. The book was awarded GOLD for Education by Illumination Book Awards for 2015 and is presently being used to disciple, transform and evangelize children and youth in 71 countries throughout Africa, Asia, Europe, Latin America, North America and the Middle East. Over 8 million children and youth have been reached with this prayer tool.

She is a wife of 39 years to Vik Marballi and they have two married children. They reside in New Albany, Ohio

What Our Readers Are Saying

He Hears Her Voice is a global gift for God’s daughters in any walk of life. Candy’s evident joy and passionate love for God will inspire and challenge you to first covenant with Jesus Christ then invite others on the journey with you. Engaging Biblical passages, intriguing personal stories, anointed hymns, and personalized prayers will entice you to move through the pages of this book in one sitting. Don’t do it! Day-by-day, take time to soak in His presence, express your praise, pour out your petitions, and live in the abundance the Father desires for you. Whether you are a seasoned intercessor or beginning prayer, you will discover this is a treasure that cannot be kept to yourself. It must be shared with others!

In my life, the prayers of my mother were profoundly critical to the foundation of my life in ministry. They rescued me from doubt and rebellion as a teenager and set me on a life path of ministry I never could have imagined. Candy Marballi’s book He Hears Her Voice reminds me of the impact of those fervent prayers. Candy Marballi captures the essence of such praying. Her thoughtful testimonies and personal reflections, along with practical biblical insights, will inspire and equip you to make just such a profound difference through your daily prayers. Embrace this prayer covenant, apply it to your daily life, and stand amazed at the impact you can have as a mighty woman of prayer!

The lives of millions of children globally have been encouraged as a result of Candy Marballi’s leadership in prayer. I am grateful that the ministry of The Prayer Covenant partners with Cru and The Jesus Film Project in a number of locations.

Now, Candy’s release of He Hears Her Voice seems especially timely with so many people facing challenges beyond their control. I pray God will use this resource to influence significantly more women to develop a lifestyle of effective, powerful prayer.

He Hears Her Voice comes at a time when prayer is much needed throughout the world. This is a timely call for women, God’s daughters, to covenant in prayer and go boldly before the Almighty Father to lift up all our petitions and requests. Deeply relatable Biblical passages, vivid personal stories, power-filled hymns and inspiring prayers are used to contemplatively guide the reader into a powerful covenant with God and our neighbors. The time to gather prayer is now. For the woman who has always wanted to start the habit of prayer but didn’t know where to begin, this covenant will help you establish that intentional rhythm of prayer in your life and open up the doors of spiritual blessing that only spending time with God can unlock and unleash. 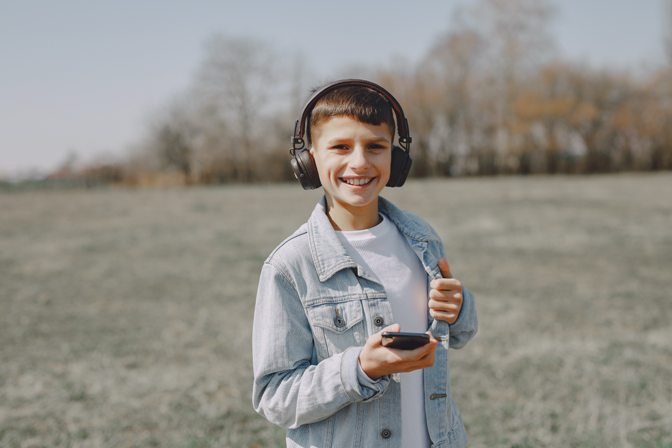 The Prayer Covenant, specifically the new book for women being released in April entitled, “He Hears Her Voice,” is excited to partner with her.BIBLE, a ministry of Campus Crusade for Christ which is an audio version of the Bible in the voices of women. What a blessing for women to hear from God and be reassured He hears them as they approach His throne each day in prayer. Be sure to check out her.BIBLE.

Making Disciples Among the Children and Youth of the Nations.

Our passion is to help children and adults know and understand God’s love for them and to equip them to grow into a lifestyle of prayer and evangelism.

Please login or signup to download resources for free