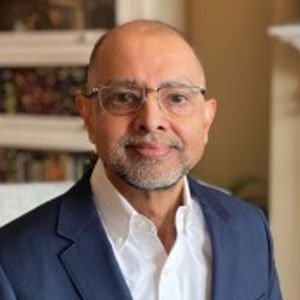 Vik Marballi retired from New Balance Athletics Inc., based in Boston, Massachusetts, where he was Vice President, Global Quality Assurance. Previous to this, Vik worked for The Procter & Gamble Company as Global Director, Paper Division. Vik earned a B.S.M.E. from Indian Institute of Technology, Mumbai, India, and a M.S.M.E. from The Ohio State University, Columbus, Ohio. He now serves as Chairman of the Board of The Prayer Covenant. He resides in Columbus, Ohio, with his wife, Candy Marballi, of 39 years. 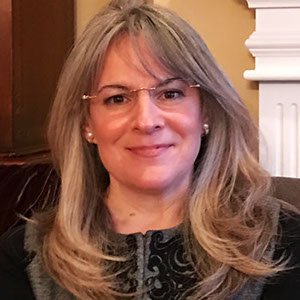 Since 2018, Candy Marballi has served as President & CEO of The Prayer Covenant whose mission is making disciples among the children and youth of the nations. She focuses on relationship building, networking, and influencing global ministry leaders to raise awareness and resources for equipping and empowering children to be on mission with God through prayer and evangelism. She has served in children’s ministries for over 30 years in the United States, Japan, and the Philippines. Her newest book, He Hears Her Voice (The Prayer Covenant for Women), will be released by Hachette in the spring of 2022. She serves on the International Prayer Council, the Global Leadership Group of the 3rd B, Finishing the Task, and on the boards of The Great Commission Coalition, Go Movement, and the Prayer Covenant.

She authored The Power of the Prayer Covenant for Children, which was launched at the 4/14 Best Practices Conference at Promise Ministries, NYC, in October 2014. The book was awarded GOLD for Education by Illumination Book Awards for 2015 and is presently being used to disciple, transform, and evangelize children and youth in 71 countries throughout Africa, Asia, Europe, Latin America, North America, and the Middle East. Over 8 million children and youth have been reached with this prayer tool.

She is the wife of 39 years to Vik Marballi, and they have two married children. Vik and Candy reside in New Albany, Ohio. 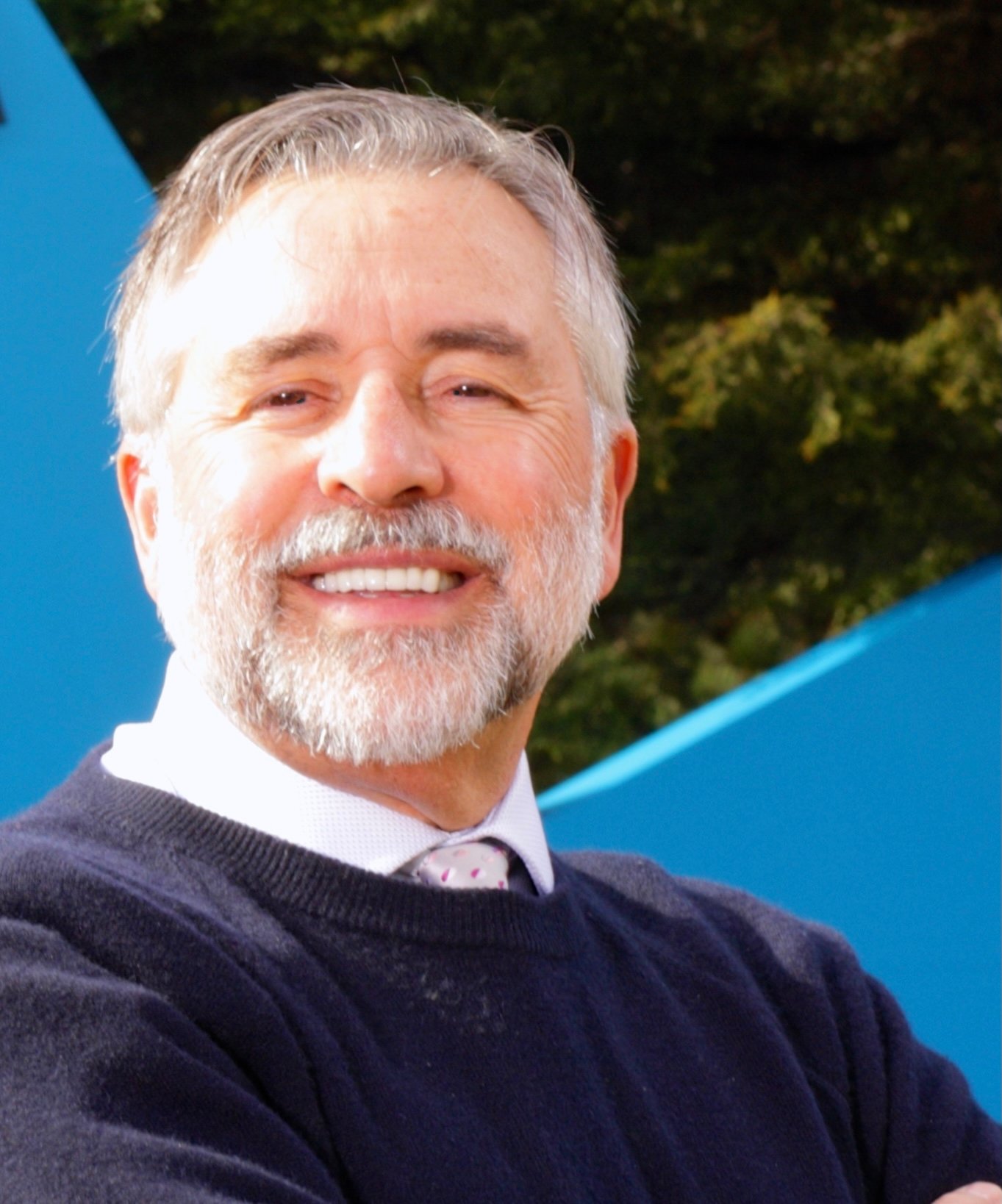 Peter Friend was born October 19, 1947, in London, UK. After a five-year apprenticeship as a lettering artist with Tomas De La Rue, Peter traveled around the world working in graphics and advertising.

In November 1973, he landed in Vancouver, Canada, took out his Canadian Citizenship in 1976, and worked in graphic design. In 1982, Peter went to California. All alone and desperate, Peter opened to Ezekiel 36:25-27 and gave his life to Jesus in tears. He attended Calvary Chapel in Costa Mesa, later being baptized.

Peter and his wife returned to Vancouver in 1986. He joined a national sign company as salesman, then in 2006 started his own sign company where he still works—Peter Friend Corporation (website: PeterFriend.ca).

He has attended the Christian Life Assembly POAC church for the past 20 years as a lay prayer supporter and has a prayer covenant with Pastor Derrick. He expanded TPC to the Children’s Pastor Jenni across 1100 POAC churches in Canada. He also formed TPC Ministries Canada and started a TPC radio program with Candy called “Teach Us to Pray.” Peter and his wife, Joyce, have been happily married for 39 years. They have three married daughters, four grandchildren, and two great-grandchildren. 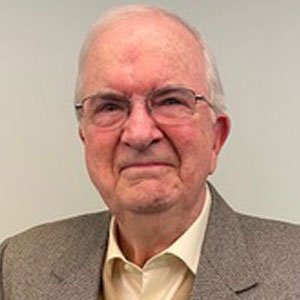 Bill graduated from Davidson College with a BS in Economics. He has achieved success as both an entrepreneur and a corporate executive within the financial and medical services industries. He began his career with Procter and Gamble and became the youngest National Sales/Marketing Manager in Procter and Gamble’s history. Bill has been involved with the founding of several companies and served as President for many of those organizations – Shipley Enterprises, Inc.; Incon-Therapy; American Direct Response Corporation; Cordura Marketing, Inc.; National Liberty Marketing; and Baker, Rakich, Shipley and Politzer, Inc. Bill and his late wife, Peggy, were married for 61 years. He has four children, eight grandchildren, and seven great-grandchildren. 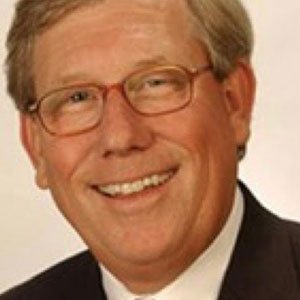 Bill is a graduate of The University of Alabama with a Bachelor of Science degree in Finance, majoring in Real Estate, and has been working in the real estate industry since 1973. Bill has been a board member of JH Everlasting Adventures since 1995. With his leadership skills, JH Ranch was able to take their ranch experience to the local level and JH Outback held its first weekend event in Tuscaloosa in 2000. His passion to transform cities one family at a time has helped the growth of Outback expand across the US and around the world. Since 2016, he has also been actively involved with Jerry Kirk and The Prayer Covenant, helping adults and children know and understand God’s love for them. In his free time, Bill enjoys spending time fishing with his grandsons and playing golf. He and his wife, Sherri, live in Tuscaloosa, AL, and have two adult children and two grandsons. 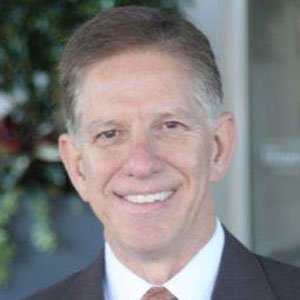 Dan was born in Buffalo, NY, and raised in Atlanta, GA. Growing up in a family of faith, Dan invited Jesus into his life at age 7. Dan graduated from Asbury University in Kentucky and spent two years on the music faculty at Vennard College in Iowa. He then moved to Ohio for a master’s degree at the University of Cincinnati. During that time, Dan attended College Hill Presbyterian Church under the ministry of Jerry Kirk. There he met and married Julie, and they remained in Cincinnati to work and raise their family of two children. Dan has served as a volunteer at various churches in music and worship and also as an elder. He has worked in various media positions at Time Warner Cable and WCPO-TV. In 1998, Dan began building a financial advisory practice at Smith Barney and later at Morgan Stanley. Today, Dan and his son Jonathan work together as a financial advisor team at Wells Fargo Advisors in Cincinnati. Dan and Julie have seven grandchildren and are thankful for God’s mercy and grace in their lives. 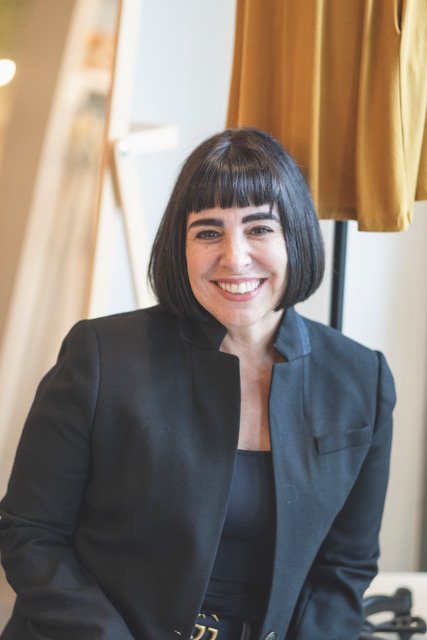 Rachel Williamson has spent 30 years in retail, most recently as the Vice President of Store Operations, North America for a multi-billion dollar retailer. She is the Founder and President of Running Great Stores, a boutique retail consulting firm focused on guiding direct-to-consumer brands on their journey to operating in the brick and mortar space. Beyond her passion for retail, she is also passionate about children’s ministry and has spent two decades leading Sunday school programs.

Rachel and her husband, Vic, reside in Grove City, Ohio, with their two Scottish terriers. They have one grown daughter. 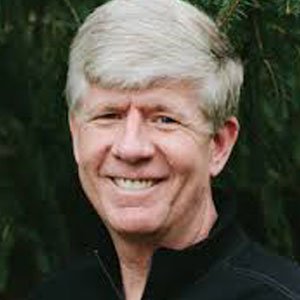 Ford Taylor is a leadership solutions trainer, strategist, and speaker. With a primary emphasis on the people that serve an organization while simultaneously maintaining a clear focus of the business or organization itself, Ford shares straight-forward, practical solutions through authentic leadership training and individualized leadership consulting. With an empathetic intelligence derived from decades of experience with an array of people, personalities, and companies both large and small, Ford helps to both define and navigate leadership in the business culture of today. He is the founder of FSH Strategy Consultants and Transformational Leadership. He is the author of Relactional Leadership and directs a charitable international effort to provide transformational leadership to emerging countries worldwide. Ford is married to Sandra and they have three daughters—Whitney, Emily, and Quincy. 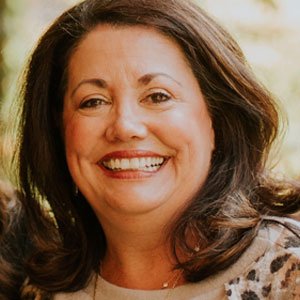 Julie was born and raised in Cincinnati, OH. Growing up in a family of faith, she invited Jesus into her life at age 5. In high school, she toured with the Young Folk singing group at College Hill Presbyterian Church. Julie graduated from Miami University in Music Education and taught at Lincoln Elementary in Hamilton, OH. She married Dan Weber and together they raised a family of faith with two children, Jennifer and Jonathan. Later, Julie spent 10 years on the music faculty of Cincinnati Hills Christian Academy. Today, she is active in leading “Rooted,” a Bible study for young mothers at Montgomery Community Church. Julie and Dan have seven grandchildren and are thankful for God’s mercy and grace in their lives. 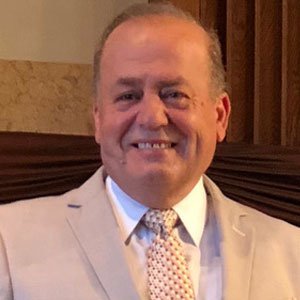 Raffoul Najem was born in Beirut, Lebanon, and was saved in 1971 through a Foursquare Church missionary. He is a graduate of Life Bible College, Class of ’74. He immigrated to the United States in 1976 and was ordained by Middle East Gospel Outreach Ministries in 1980 and by Faith Christian Fellowship International in 1994. In 1982, he co-founded Community Christian Fellowship, one church in eight locations. Rev. Najem is the co-founder and administrator of Community Christian Academy, providing families with a solid Christian education. Rev. Najem also co-founded the Citywide Church of Greater Lowell—a movement of unity and solidarity for churches in the area. As a visionary, he has traveled to the nations proclaiming the good news of the Kingdom of God for the past 40 years. Having an apostolic calling, he is a mentor and a father to pastors and Christian leaders across the globe who seek to transform and influence the world with the message of the Kingdom of God. He moves under the authority and power of the Holy Spirit with a message that is practical, relevant, and life-changing. He is the father of three adult children and a proud grandfather. 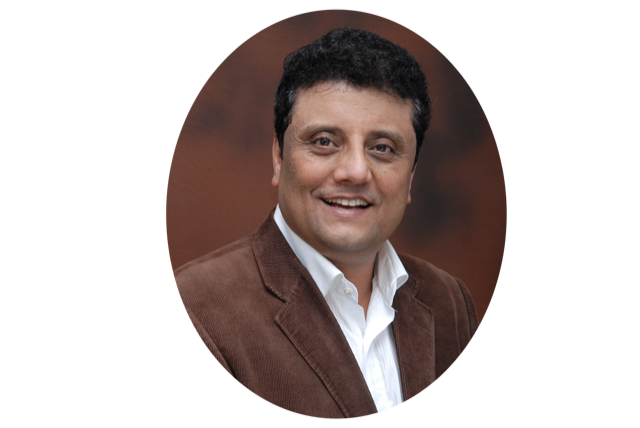 He has been preaching the gospel for over 40 years with signs, wonders, and miracles. His credentials are: (a) Former Chairman of New Life Fellowship Association, Mumbai, India; (b) Founder/President of Shekinah Global Ministries involved in television; (c) Founder/President of Project Aashray, catering to the needs of 120 widows and 300 orphans, providing a monthly ration, education, counseling, and medical assistance; (d) Founder/President of Friends of Israel, which reaches out with rations to poor Jewish families and also supports them through financial donations to facilitate their return to Israel (aliyah). Thousands of Jews have been helped in making aliyah.

Shekhar is the Senior Pastor of New Life International Church with a vision to
win one billion souls and train 10 million laborers to reap the harvest and to raise up a billion home altars.

He has initiated the 4 AM Dawn Worship Challenge, which encourages people to pray for their city, their beloved nation, Israel, and the nations of the world.
Has authored two books: You Are Born Natural to Walk Supernaturally and Wedding Is for a Day; Marriage Is for Life.

Shekhar has been married for 33 years to Lavina, and they are blessed with a daughter, a son, and a grandson. 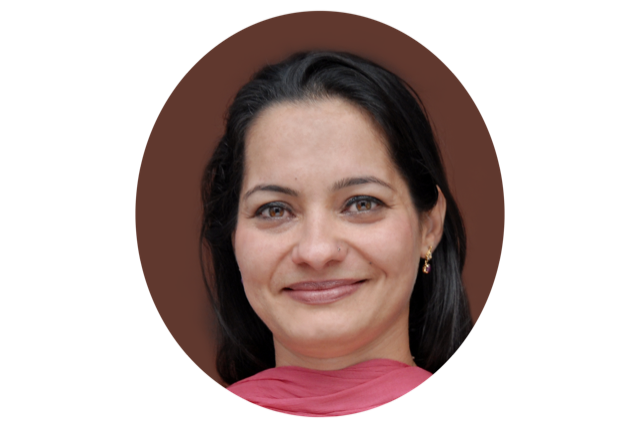 Is the Senior Co-Pastor of New Life International Church and Vice-President of Project Aashray, which caters to the needs of 120 widows and 300 orphans, providing a monthly ration, education, counseling, and medical assistance. She has sponsored orphan children to an English medium school at Panchgani.

Lavina is a prophetic intercessor and has a citywide pastors’ wives network for prayer and intercession. She has been a prophetic teacher and passionate preacher of God’s Word for the last 32 years and has co-authored a book with her husband Shekhar: Wedding Is for a Day; Marriage Is For Life.

Lavina is also the Co-Founder/Vice President of Friends of Israel, which reaches out with rations to poor Jewish families and also supports them through financial donations to facilitate their return to Israel (aliyah). Thousands of Jews have been helped in making aliyah.

She has been married for 33 years to Shekhar, and they have been blessed with a daughter, a son, and a grandson.

Please login or signup to download resources for free